Time and Judgement: Story Behind the Film 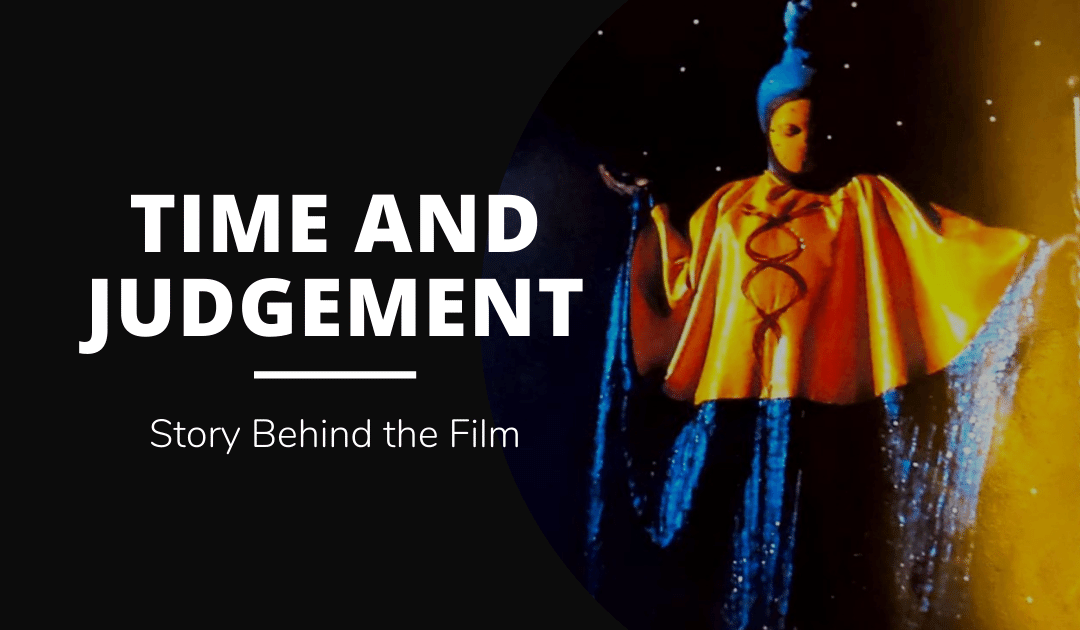 Time and Judgement (view synopsis) was a film where I could be creatively free; I had a guaranteed TV slot on the newly formed Channel Four under Commissioner Alan Fountain. I wanted to add many layers to the film, and I was deep into my Rastafari phase and so I wanted to combine spirituality, symbolism, politics, poetry into a blender. Out came a film that even today I am not sure I fully understand.

After transmission on Channel Four the following day, a conservative MP made a statement in Parliament condemning the film. I wish I could remember his name. His statement got coverage in the Evening Standard which was where I found out. It was only after a decade had passed that I realised that my film was the most radical film about the black experience ever showed on British TV.

Never to be repeated! 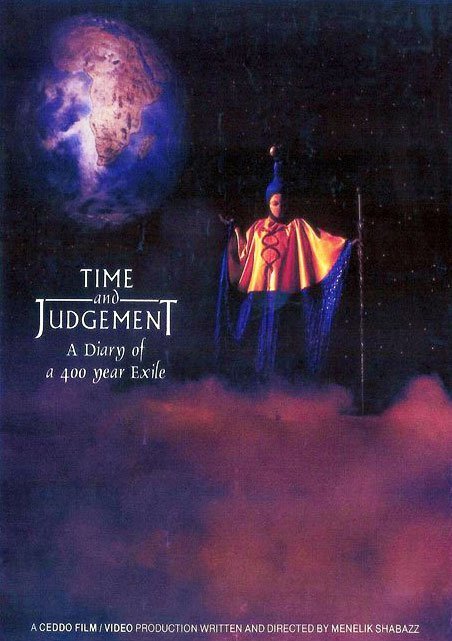 From the Archives: Original Programme Notes

I recently uncovered the original programme booklet from when Time and Judgement was first released. It gives a rare and detailed insight into the symbolism and meanings behind what you see on screen.

Below are some excerpts but you can look through the full programme here. Among the credits listed in the full booklet you will see the familiar name of Ken McCalla who was the subject of my film The Hand of Ken. 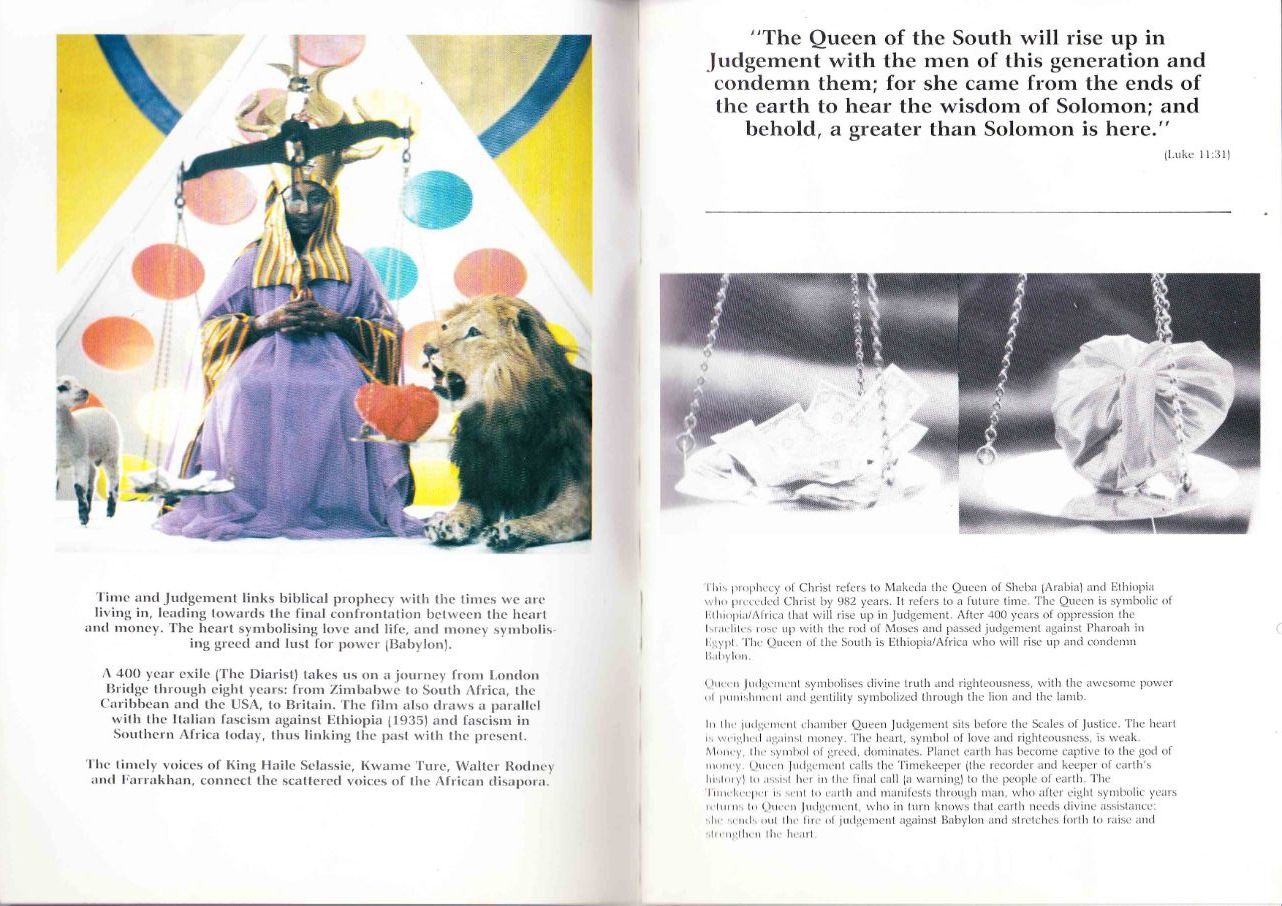 ‘Queen Judgement symbolises divine truth and righteousness, with the awesome power of punishment and gentilitity symbolised through the lion and the lamb’ 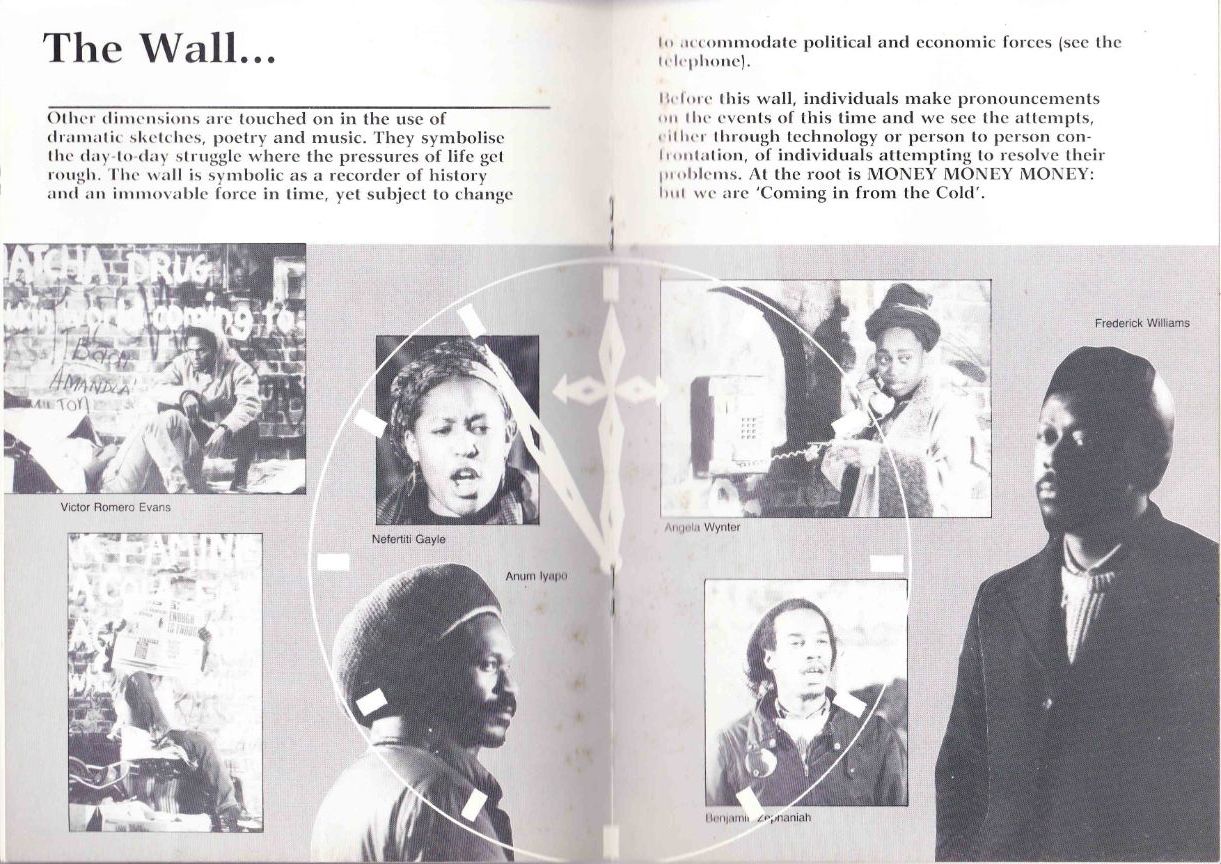 More than just a backdrop: The wall is ‘symbolic as a recorder of history and an immovable force in time, yet subject to change to accomodate political and economic forces. Before this wall, individuals make pronouncements on the events of this time.’ 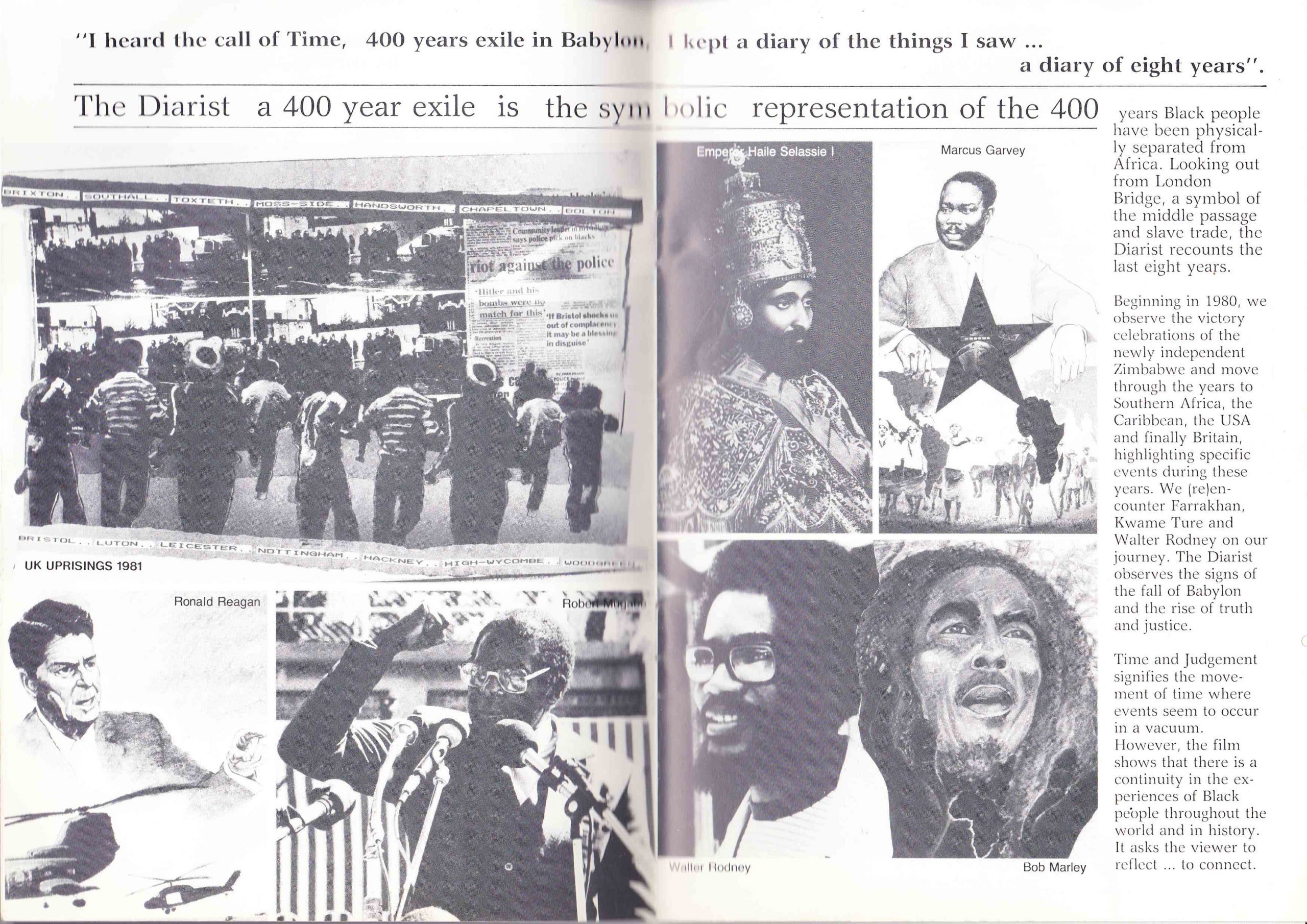 ‘A 400 Year Exile is the symbolic representation of the 400 years black people have been physically separated from Africa. Looking out from London Bridge, a symbol of the middle passage and slave trade, the Diarist recounts the last eight years’