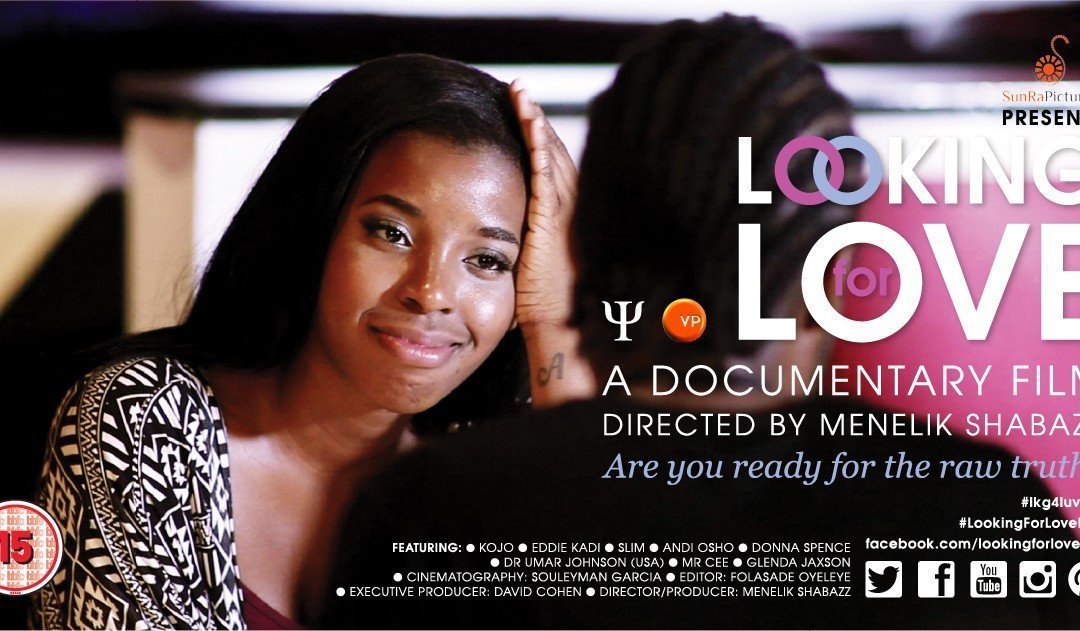 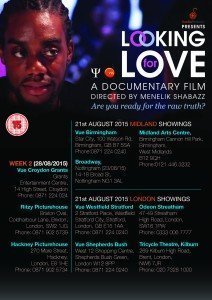 It’s been a whirlwind time since my new film Looking for Love opened the bfm International Film Festival last month, July. Straight after the festival comes the release of Looking for Love set for 21st August. I was dealing with yet another financial challenge to raise the 5K budget I really needed. This is tiny compared to the cinema films I was up against but as a largely self -financed film you work with what you have. On this film, like my last film The Story of Lovers Rock, I was working with Verve film distributors. They had planned screenings for the cinema bookers and press to attend.

A number of cinemas signed up to take my new film, whilst a few others were a bit sluggish. What was interesting about those who signed up was that they were very much influenced by the performance of my last film in their cinemas. This was the determining factor more than the current film itself. What was important for me is that most were giving the film an initial weeks run rather than one-off showings.

But lining up the cinemas is only half the battle. The other half is all about PR and marketing. The financial challenges didn’t ease up but along with my team we developed a strategy we could work with combining traditional media with social media techniques. I printed up flyers to be distributed in London, and the Midlands as another strategy of engagement with the public. I have been and still am trodding the streets giving out flyers and talking to people about the film. This not a normal approach that filmmakers use to promote their work for the cinema. Often they rely on press reviews, and social media to get the message out. I combine all elements to get the word out and add a little personal touch.

I have more stories to share about the challenges involved in marketing and distributing Looking for Love, which I’ll include in my upcoming newsletter. So far, we have 12 cinemas showing the film. So please check with your local cinema to see if they are doing their job. Let me know if you were in the cinema and saw the trailer, or your experience at the cinema around the film.

You can visit www.lookingforlovefilm.com for further info and updates. I will also be doing a number of Q&A’s so I look forward to seeing some of you there. Looking for Love opens in the cinemas on 21st August, 2015.